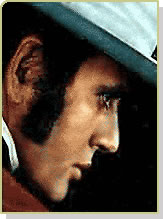 Erol Büyükburç, one of the first vocal artists of Turkish Pop Music

Pop music has been on of the most popular main branches of music in Turkey for nearly fifty years.  Especially during the last ten years, pop must be considered the "main highway" on this broad musical map.  Pop began to find its true meaning in the 1990s, because it is not merely a type of music:  as a culture, it is an inseparable part of everyday city-based life, everyday sensitivities and lifestyles; that is, of the total reshaping of our culture.  This is because the pop music culture finds is true meaning and response in the shaping of a consumer culture and ideology.  The 1990s were just such a period in Turkey.  The "free-market economy," which was just starting to sprout up and become a state policy during the Özal administration in the 1980s, brought a new acceleration to the Turkish music industry.  As the doors opened, the wave of technological developments that symbolizes the foundation of the world music industry brought with it the increasing presence of world-class recording studios in this country.  Recording studios developed parallel to the process of transmitting a consumer ideology to youth, and ideology that would bring with it a new, fast-paced, rhythmic urban life and pulse. After the 1990s, pop music was to become the most important form of sentimental style and perception. This was the pulse of consumption.  From modes of dress to trends in entertainment, an unbelievable variety sprang up in everyday life.  It became the most important guiding and force in the shaping of the media network, especially TV, radio and magazines. As the competition became fiercer, the wealth in the consumer field grew to the point where it began to bewitch urban dwellers.  People at every layer of society, from the suburbs to the upper classes, began to be directed toward a common cultural antenna.  Of course, they did not have common standards of living.  While the upper classes could attain their desires and needs easily, the middle class, because of Turkey's difficulties, experienced some problems; and the petit bourgeois or suburban working classes were allotted only a small slice of this great pie of consumption.  But all these different sectors of society shared a common pop sensitivity, and especially, pop music.  Momentary joys, disappointments and relationships reflected the central sensibilities of the songs as they built up their momentum.  Every sector of society experienced this overwhelming change without even noticing it; from these songs, they adopted a new taste.  But these tastes are never long-lasting.  A new song or singer that everyone is talking about fades away and disappears in no time at all, to be replaced by another; another song, another album.  This has come to mean a culture of reproduction and consumption lived by urban people and especially youth.  It is pop songs that most correspond to the cosmopolitan mood.  The ideological and directive role of the media, above all TV and newspapers, has always been a determiner of public tastes.  In music, videos would imbue television with even more power to set trends.  Tarkan's popularity would explode through his video; Mirkelam would to become a star with a single song, before his album even came out. Of course, pop didn't have an easy ride in Turkey, the technical foundation and possibilities here were insufficient by world standards.  In this little-developed country, there were no educated technicians in the industry.  As countless names came and went, erased like dust in the slightest wind, only a very few pop singers could withstand the consumption.  The depression in the music industry was a reflection of Turkey's political behavior and economy - politics in the true sense of the world.  And during the last fifteen years, despite the rising consumer ideology, the industry has never been able to maintain a balanced level.  However, the most correct confirmation would be that developments in the technical substructure would in a short time homogenize all the different directions in popular music - like Turkish art music or arabesk - and put them all into a pop format. This has already happened, just as in all western capitalist countries.

The reason for starting with this panorama of the recent past is because I wanted to give priority to showing that pop music terms found their counterpart in Turkey.  My first goal in this site is to emphasize the importance and privilege of such a musical direction.  I wanted to begin by emphasizing what kind of social transformation pop results from in Turkey, and how it transmits that sensibility.  The fifty pop stars chosen for this site actually constitute a meaningful summary of the last forty five years.  This music first took shape at the beginning of the 1960s, under the name "light western music," and its first hit piece was the 1961 production "Bak Bir Varmis Bir Yokmus" (Look, once upon a time..)  Before examining this period, brief mention must be made of Turkey's most popular pioneers in popular music.

The literature shows that the first and most primitive examples of popular music in this country to be the entertainment music known as "canto," which was popular in the late 19th century.  This is a subject beyond the bounds of this writing, but it is difficult to comprehend the causes and effects in the development of Turkish popular music without making at least brief mention of the directions of popular music in this country and the changes it underwent.  It must be remembered that the Tanzimat (the Reform period), in which the Ottoman State made westernization a state policy in every sense of the word, was an artistic policy developed deliberately and selectively in nearly every area of art.  The "otherness" of these cantos, suggested as the first examples of popular music, was due to the fact that they were a type of primitive popular music that could not be related to either the traditional Ottoman music, or to the music that was being newly developed in western forms; they comprised a stand-alone genre; and yes, a type of entertainment music.  They made people laugh; they were the emergence of everyday life, human relationships, love and sadness in all their nakedness, as a new form of music. Though these songs, sung chiefly by non-Muslim female singers, first found favor among a petit bourgeois public in Galata, they were soon to become the most stimulating family music in Istanbul.  These cantos, in which western instruments took front stage, gradually faded away just before the declaration of the Republic, to turn into a different form of entertainment music around 1925.  In this second canto period, Turkish women singers would finally come onto the scene, and by the early 50s, the canto would become an inseparable part of onstage entertainment culture; and among the top selling genres in the record industry.